Analysis for my health data such as Water and Caffeine intake, Heart Rate, Steps, and Sleep.

Scatter plot of the frequency of caffeine intake (mg) throughout the day. Frequency does not take into account the amount of caffeine. 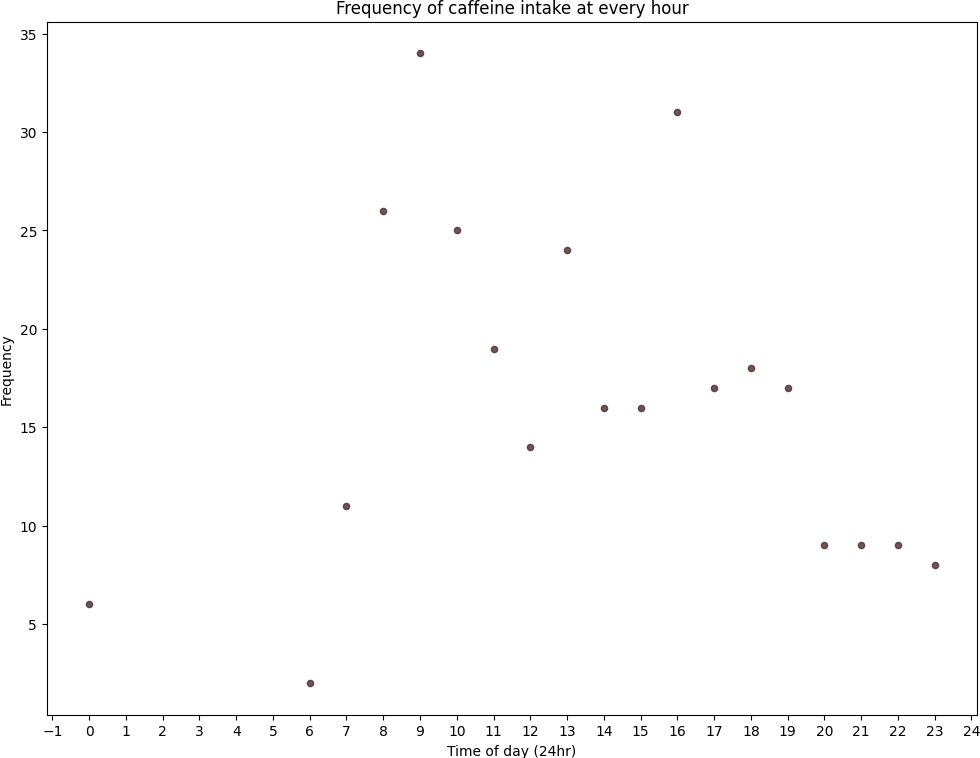 There is a spike in frequency for 08-10 AM. Usually, I drink a cup of coffee right after waking up.

Followed by a medium frequency over the afternoon and another spike in frequency for 16-17 PM as I tend to another cup around that time.

There are also a few logs for after 8 PM most likely during tests when I intended to stay up more than usual.

Histogram of caffeine intake (mg) on a day. 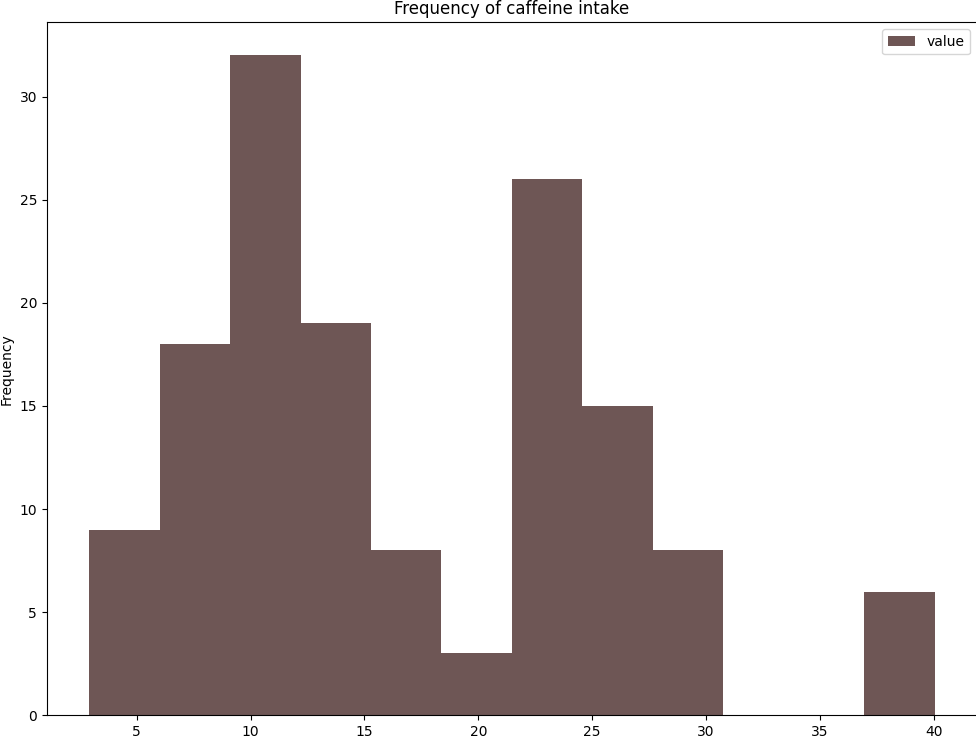 There are three distinct blocks in the histogram. First from ~5 mg to ~ 15 mg with the highest frequency just above 10 mg. This block is the representation of my usual (post-September 2020) two drinks of coffee.

And, the last block for more than ~35 mg caffeine which represents the rare days when I drank more than equal to 4 cups of coffee or/and drank large soda drinks.

Due to an issue with logging data, caffeine intake between the end of December and the start of April is missing.

There is a noticeable increase in the average daily intake after August and September 2020. This represents the switch I made by drinking two cups a day rather than a single cup.

But following that, there is a downward trend that continues till May 2021. This represents the conscious decision I made when I realized the increase in caffeine intake at the end of October 2020 and decided to lower the amount I put in a cup while keeping it two cups a day.

Average caffeine intake over days of the week

Average caffeine intake in mg over the days of the week. 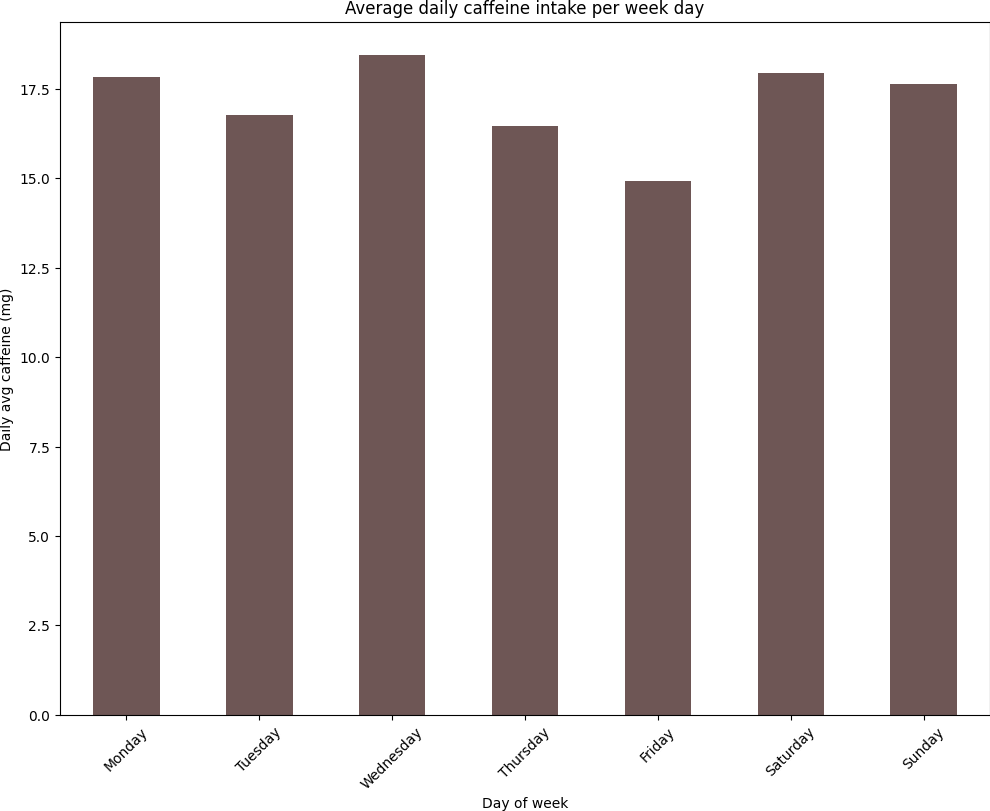 As expected, the averages over the days of the week are consistent since there is no external factor affecting my daily routine regarding coffee.

Except there is a dip in average on Fridays. This dip is the representation of me skipping the second cup of coffee on a lot of days as I had to leave late afternoon for lab, dinner, class, or other campus activities.